There are many different sections in the Cape Fear Marching Band. Being in the band, you use a musical skill that most don’t.

You are constantly learning and are part of a team, just as you would any other sport. Band is about being a part of an organization that works hard and enjoying the feeling of it paying off.

The Marching Colts’ Hornline consists of many different sections. Their brass instruments include trumpet, mellophone, sousaphone, and baritone. Woodwind instruments range from flute, piccolo, clarinet, bass clarinet, saxophone, and tenor saxophone. The Colt’s bandline is made up of snare drummers, bass drummers, and one singular tenor drum.

As the instruments come together into one sound, the drumline comes together like a pulse of a beating heart.

The drumline is the heart of the band. With 7 members in it, these  7 unique hearts come together to make the magic happen.

‘’Drumline, to me, is a family cause we operate as one unit, and we’re always together, we do everything together.” said Snare Player Joshua Pirro

Being in a drumline has opened many doors for many people.

“I wasn’t even thinking about drumline my freshman year, but towards the end of it I was really focused on trying to be in it. I don’t know what happened over the 2020 period but I just got kinda motivated to learn what they do.” said Tenor Player and Drumline Captain, Devin Windham.

Learning from a different perspective was hard for the people in drumline, but as they learn more about music, they become more of a family that helps each other grow and guides a path to greatness. 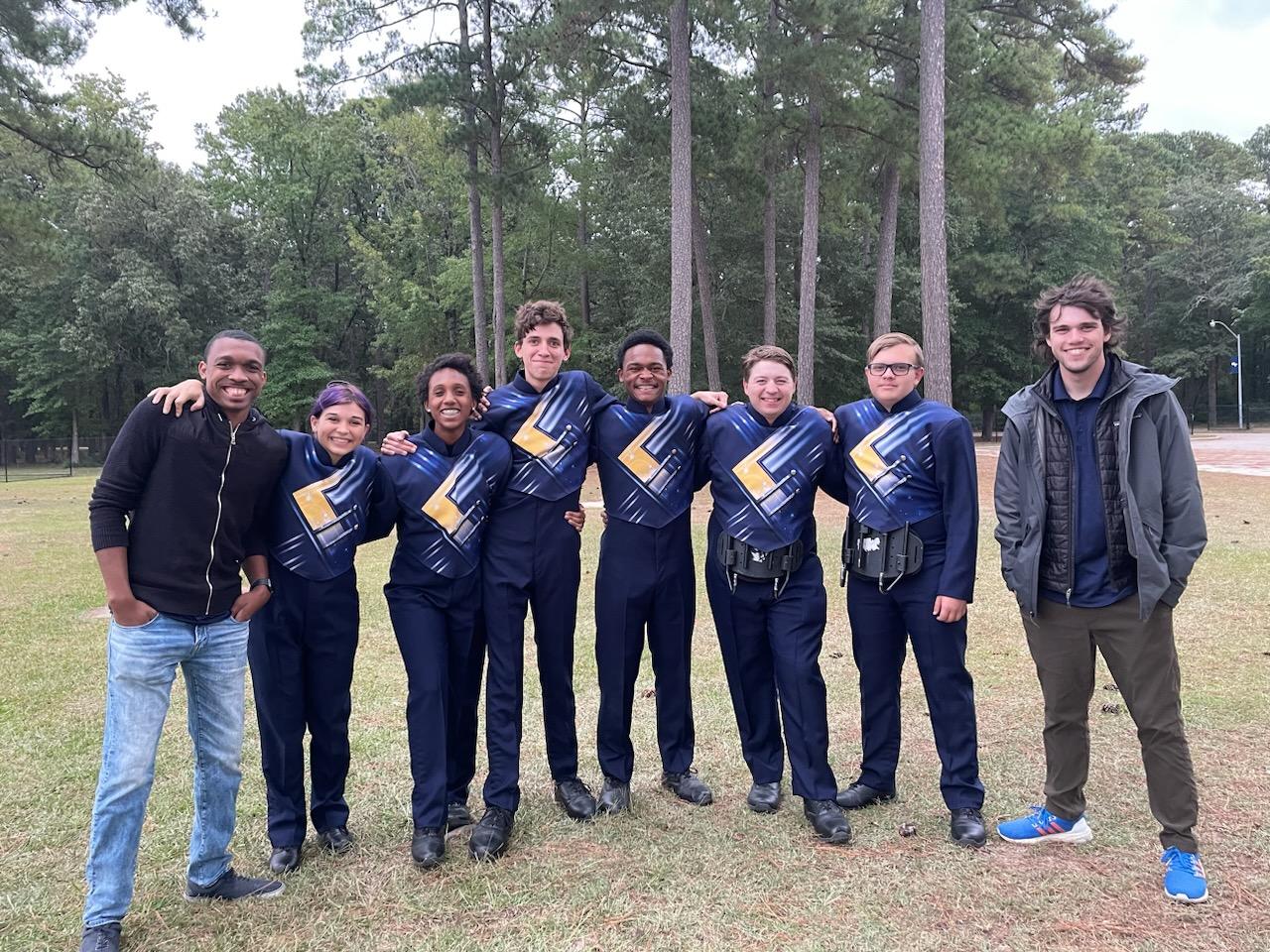