On Friday the 21st, Anna Piland, Brooke Bieniek, and Shea Bieniek traveled to Burlington, NC to play in Regionals for individuals.

Piland and Bieniek took home a huge win for the second year in a row, winning the Mideast Regionals in doubles.

Piland and Bieniek played fiercely against their competitors; they didn’t let anything slip past them. They placed their shots right where they wanted them and executed every volley that came their way. Together, these two were an unstoppable team and got the job done in a quick manner.

“I wanted to win again, so when we did I was on cloud 9,” said Brooke. 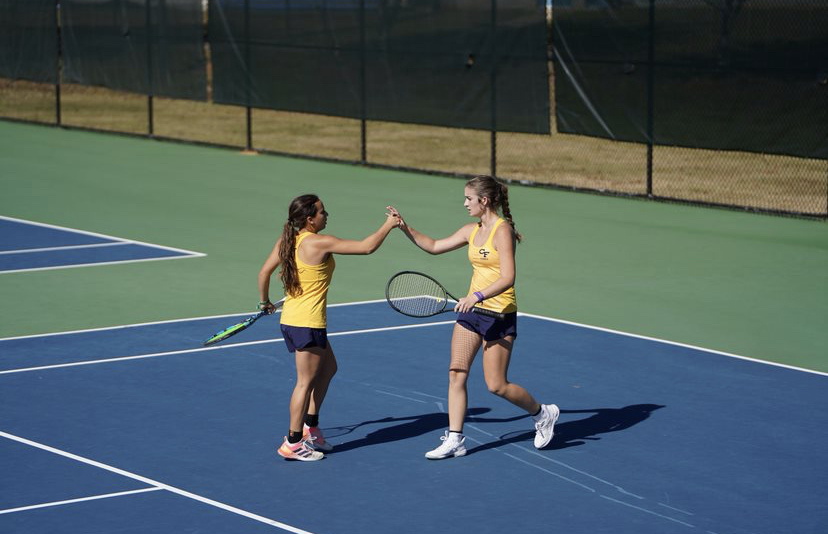 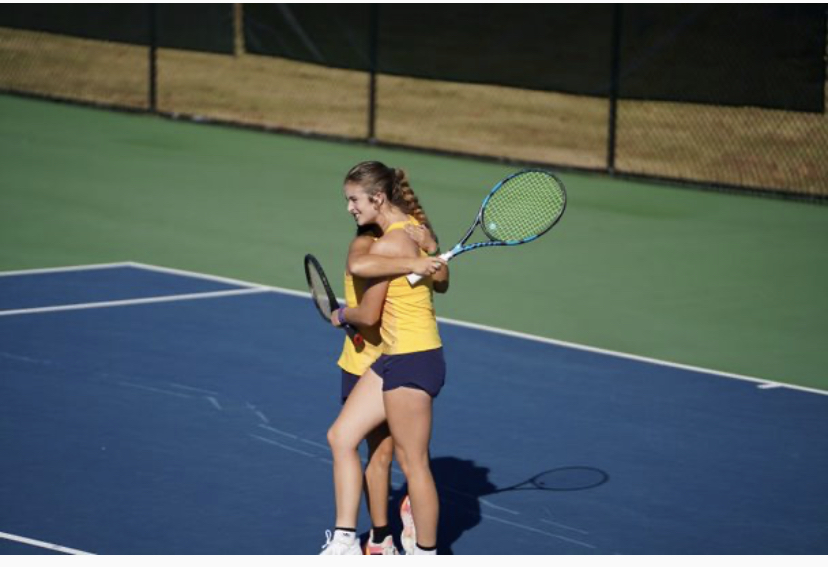 Shea Bieniek got an amazing win for her first match. Unfortunately, she lost her second match, but she stood her ground.

Friday wasn’t the only exciting day the Colts have had this season. They entered the playoffs on Tuesday the 26th, travelling back to Burlington as they faced off against Williams High School. This wasn’t a comfortable match for the Colts; they had to fight hard to take home the 5-1 win. This win for the second round of dual team playoffs for 3A meant the Colts get to move on to round three.

On Court 5, Brianna Keen dominated with a score of 6-3,6-2. She had to keep her head in the game as it was a close score in the beginning, but ultimately Keen came out on top. Keen had to remember the footwork she had been working on all season and keep her strokes strong. Keen had an amazing slice all match.

“I felt ecstatic, especially since it was a tough match against an extremely constant player. It was a battle in the beginning, but that feeling of being one point away from winning that second round playoff match, it’s pretty surreal. And the feeling gets better and better the closer we get to states,” Keen said.

Head Coach Chris Lucas has done a great job coaching these girls and teaching them techniques. He is very proud of how far the girls have made it and how much they have grown as individual players.

“The first two rounds were great tests especially for the back courts, the players were constant and they were tough. Moving forward, the teams that win the next rounds are going to simply come down to the confidence and ability to adapt. The first two rounds allowed us to practice that and I’m confident in our team,” explained Lucas. 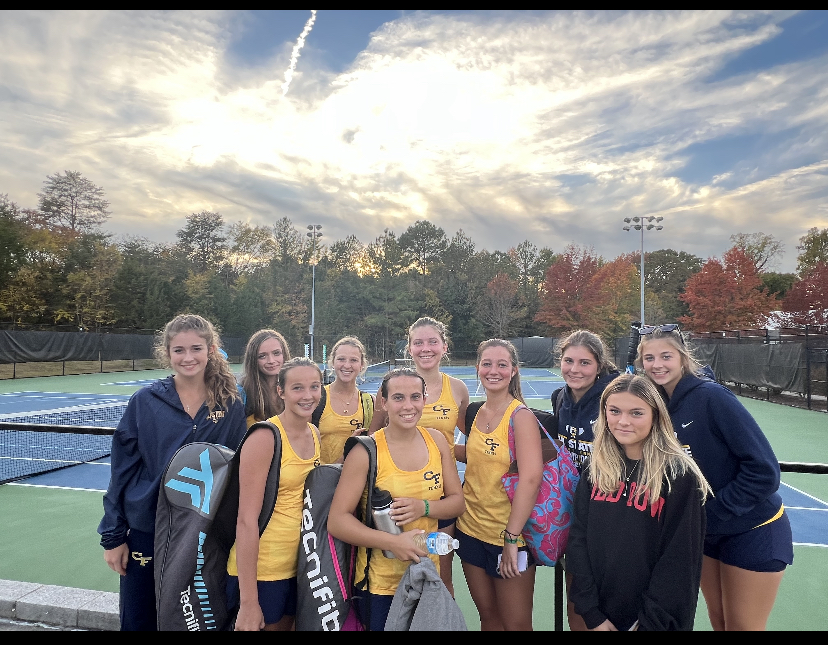